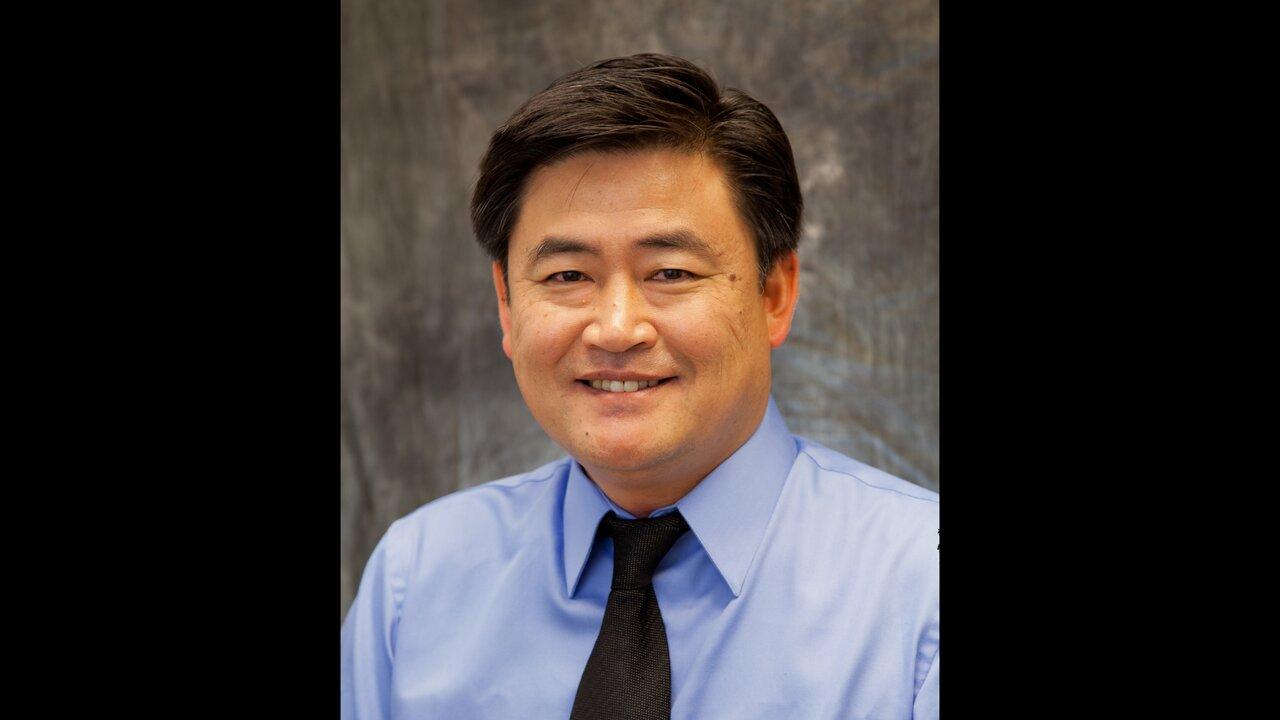 The Department of Materials Science and Engineering celebrates the career of Professor Sangtae Kim, who retired in June 2021. In 17 years at UC Davis, Kim established himself as an expert in electrochemistry and thermodynamics in research and teaching, a tough but patient mentor and a friend and colleague who cared deeply about the success of his students.

Kim authored more than 100 scientific articles, was recognized by the Nanotech Briefs’ 2007 Nano 50 Awards and was elected to serve on the board of the International Society for Solid State Ionics. His legacy is also measured by the students he taught and mentored, his impact on his colleagues and the research accomplished with the help of his collaborators at UC Davis and abroad.

Kim received his B.S. and M.S. in chemistry from Sogang University in South Korea and his Ph.D. in chemistry at the University of Houston before working as a postdoctoral researcher at the Max Planck Institute for Solid State Research. He started his career as an organic chemist, but his love for electrochemistry turned him towards ion-conducting ceramics.

His formidable expertise in these research areas made him an internationally-recognized expert in the field of solid electrolyte materials for sustainable energy applications with academic and industrial impact. In particular, Kim made enormous contributions to solid oxide electrolyte nanoceramics. He pioneered the experimental investigation on the defect chemistry and associated electrical properties of the interfaces in electroceramics that constitute electrochemical devices such as solid oxide fuel cells and chemical sensors, and showed how they contribute to the overall electrical conductivity of the materials.

“He was always very fundamental in his work,” said Takamura. “He was never doing anything sexy, but really fundamental things that would underlie how well a fuel cell or battery is going to work.”

Few people worked more closely with Kim than Sabyasachi Sen, who published over a dozen papers with him. Sen brought his expertise in the structure and dynamics of materials, while Kim contributed his mastery of thermodynamics and electrochemistry. Together, they provided an understanding of what’s happening on the mesoscale and atomic scale of fuel cell electrolytes.

“It was a good marriage of ideas and we designed, in my humble opinion, some of the very unique experiments to test the fundamental hypotheses in this field,” said Sen. “I think it also gave both of us a lot of intellectual pleasure to solve those problems together.”

Kim also worked with his long-time collaborator Professor Igor Lubomirsky at the Weizmann Institute of Science in Israel to develop a linear diffusion model for ceramic electrolytes. A non-destructive analysis method was used to study the nature of grain boundary resistance and determine the most important characteristic parameters to describe them. The predictive model takes into account the fact that grain boundaries and grain interiors are atomically and chemically different and can be differently charged.

While his colleagues had larger groups, obtained larger grants and published in higher-profile journals, Kim was focused on doing very fundamental work that benefitted his research community.

“He cared little for the glitz and glamour of fashionable research,” said Sen. “He rather went after the messy problems that required rigorous conceptual analysis.”

This stemmed from a deep love and appreciation for science, so it mattered to him to learn why something worked and study it thoroughly rather than settle for just the results. Seong Kim remembers that he would carefully select the peer-reviewed journals to submit manuscripts to so they would reach the greatest number of people who were interested.

“He really affected the way I approach research,” he said. “When something works, I have to understand why, express that I understand it and try to gain as much knowledge as possible from it.”

Kim was also a thorough teacher. He was known as the “thermo king” in the department and he taught both the undergraduate and graduate courses in thermodynamics nearly every quarter for a decade. Though thermodynamics is abstract and therefore a difficult class to teach, his mastery of the subject made the class valuable for students.

“There’s always the faculty who will give everyone A’s, and he’s definitely not one of those,” said Takamura. “He would try to push the students to learn as much as they could.”

Kim also single-handedly developed the department’s popular “Sustainable Energy Technology” (EMS 170) course, which covers batteries and solid oxide fuel cells from a materials science perspective. He started teaching it as part of an international summer experience he led in South Korea and it became so successful that it became part of the regular curriculum and, as Takamura puts it, “his baby.”

“He was a very good teacher,” said Seong Kim. “The way he taught was very thorough and exact—almost perfect. His exams were really tough, but he made it interesting because he knew a lot.”

Seong Kim says Kim’s “perfect” teaching approach stemmed from his mastery of the subject, which he feels allowed him to communicate comfortably and confidently with his students.

“Kim’s way of teaching became the model for my own teaching,” said Kim, who has taken this to heart as a professor himself. “Thanks to him, students’ course ratings are really good!”

Kim’s brand of teaching and mentorship required a lot of work and endless patience, and it showed how deeply he cared about his students.

“He was tough, but he looked after us really well and he cared about us a lot,” said Seong Kim. “He tried to understand us as much as he could, and he tried to see the potential behind students and bring out that potential.”

This was true for Edmund Mills, who joined the lab when there wasn’t an existing project he could work on. Kim took a chance and created a new project for him while spending valuable time working with Mills on his manuscripts.

“We would go through line by line and paragraph by paragraph, sometimes working for a couple hours together,” he said. "I feel like that was special, and it definitely taught me a lot about how to write scientific papers.”

“He would completely change the draft with lots of marks and corrections, but those writing projects helped me learn,” he said. “He taught me how to structure the texts and how to present the ideas so clearly that there would be no doubt that things were well-planned, well-performed and well-presented.”

Kim worked tirelessly to prepare his students to be professionals by making sure they fully understood the concepts they were working with. Avila and Matthew Ibbotson both remember him “sanity checking” them on materials science fundamentals and different concepts related to their research to make sure they knew their stuff.

This was also done through the lab’s weekly meetings, where everyone would present their research and discuss the issues they were facing. It was also an opportunity for the students to interact with Kim's international collaborators, engage in enriching discussions and discuss experiments together. Though it was intimidating at first, Avila says it kept the group motivated and it’s something he’s incorporated into his own research group.

Seong Kim also remembers how, when he was struggling with a paper on grain boundaries, Kim told him to take his time to understand the concepts so he could see the bigger picture.

“He told me to take time and look at what I’m doing equation by equation, so I could understand what I’m doing first before I approach my research,” he said. “In order to teach us how to study like that, you have to be very patient.”

Kim’s toughness stemmed from compassion, and over time, it would turn to trust as his students became professional and independent researchers and thinkers.

“What stands out to me is his willingness to give students a chance to grow,” said Ibbotson. “I bet many students, including me, can look back on our careers and point to his lab as the reason we got our foot in the door on the path to building skills and resumes. Thank you for giving me a shot, Professor Kim!”

Kim could also be very compassionate and something of a father-like figure when his students needed it.  Seong Kim remembers how proud he was when he aced his thermodynamics class, and how, when he was going through a difficult break-up, Kim talked with him and tried to understand what he was going through. Avila was particularly struck by his compassion when he didn’t pass his first qualifying exam.

“I expected him to be mad, but he was very comprehensive and asked me why I made certain mistakes, and then encouraged me to continue,” he said. “So I prepared for the next exam, and it was fine. His support was really important for me.”

He soon gained valuable experience working with Kim and his postdoctoral scholars as he help set up the then-new lab and write proposals. Edmund Mills also saw how Kim’s trust grew as he became a better researcher.

“With his guidance, I grew up from a place where I needed significant supervision and direction to where I became kind of a collaborator,” he said.

By the time Chih-Yuan (Simon) Chang completed his Ph.D., he had the opportunity to serve as lab safety coordinator, manage webpages, teach classes and work with the lab’s international collaborators.

“I was impressed and inspired by his expertise, sharp mind, logical thinking and people skills,” he said. “It is my honor and privilege to have worked together with him on research, brainstorming ideas, responding to reviewers and publishing papers.”

A Friend and Family Man

Though Kim was serious at work, he also has a fun side. Kim was the star goalie for the faculty when they played weekly soccer games against their graduate students on Friday afternoons, where he played alongside his friends and colleagues, professors Sabyasachi Sen, Yayoi Takamura and Ricardo Castro.

He also loves his family and Hugo Avila recalls how much he beams whenever he talks about his daughter Chloe. Kim also enjoys talking about the history of science, as well as philosophy with his students and colleagues.

“I am quite touched by some of the conversations we had about life and meaning,” said Edmund Mills. “I still feel inspired by them.”

Takamura said Kim considers her his “little sister” in the department. When she joined UC Davis in 2006, Kim was the next most senior faculty member, so she looked to him for guidance as she set up her research group and navigated the tenure process. They eventually became friends and collaborators as well.

Few people in the UC Davis community know Kim better than Sen. The two would often bike home together after work and talk about everything from research to students to family life, just enjoying each other’s company. They would also invite each other’s families over for dinner and get coffee together on campus multiple times a week.

“We used to discuss research problems in our respective fields, which would often lead to vigorous but friendly arguments as we would try to give each other ideas on how to approach them experimentally,” said Sen.  “He kept things exciting for me and I hope it did the same for him.”

Kim’s students fondly remember the group lunches, BBQs and social events he would host throughout the year. Avila feels it was a great way for the group to get to know each other, and that it reflected his care and commitment to his students, colleagues and friends.

“He is a wonderful human being,” said Sen. “He is not just smart and a very good scientist, but he also values integrity, he is a very ethical person, and a kind person as well, in all respects.”